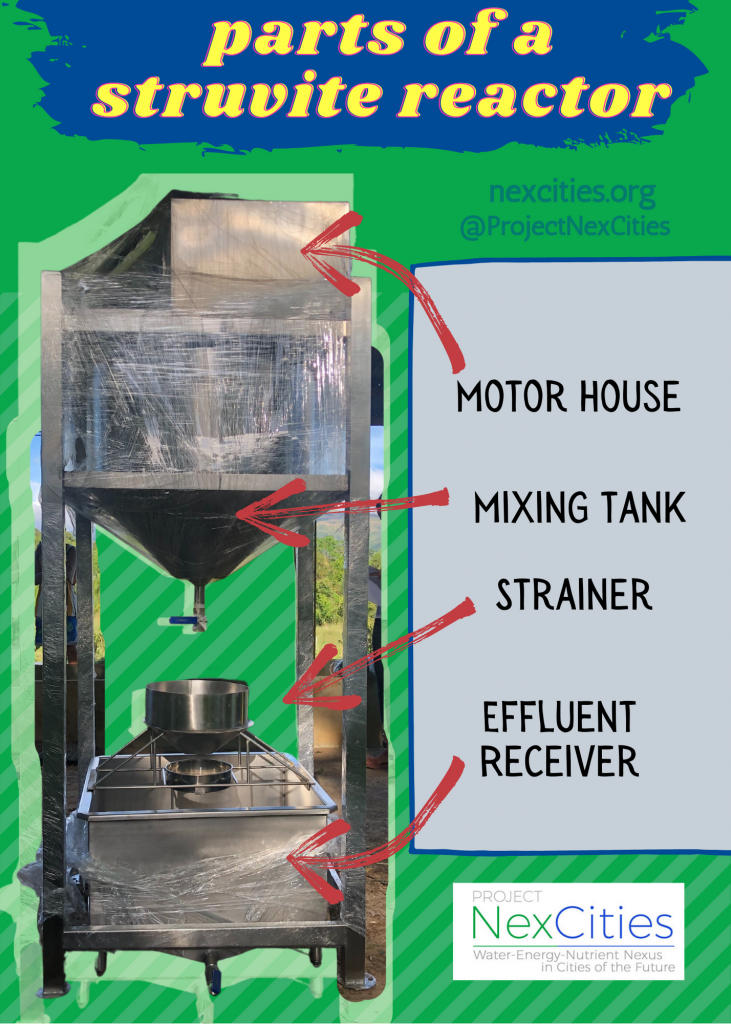 An important equipment for research and field trials of Project NexCities was delivered on site at Salikenta Farm in San Jose del Monte, Bulacan in January 2021. Called the “reactor” – it is an enclosed container in which a chemical reaction takes place to convert one or more materials into another valuable material.

As the reactor will be used to produce the highly valued struvite – a kind of fertilizer from sewage- it is specifically called “struvite reactor” under the project. It is made from stainless steel 304 to be able to withstand corrosion from the liquid substance that it will process.

How does it operate?

The struvite reactor operates by mixing a septage with an acid to release the needed chemical nutrients (phosphates, nitrates and magnesium) necessary to form a fertilizer. The released chemical nutrients will then be further mixed with an alkali solution, magnesium chloride and ammonium chloride to further react to form the final product- struvite.

Who will operate it?

The reactor will be placed on the designated struvite production site in the farm, near the area where field experiments will be conducted.