Agos ng Pagasa acknowledges individuals or organizations with outstanding contributions to environmental protection and embodies the better world mindset of LWC. According to corporation, “The wastewater-to-fertilizer study is a good example of turning waste into [a] valu[able] resource which is very much aligned in our sustainability goals.”

The event was organized by National Water Resources Board and Maynilad, and co- organized by Department of Environment and Natural Resources in partnership with government and private organizations including Metropolitan Waterworks and Sewerage System, Local Water Utilities Administration, Laguna Lake Development Authority, National Irrigation Authority, Society for the Conservation of Philippine Wetlands, Philippine Water Partnership and Aboitiz InfraCapital. 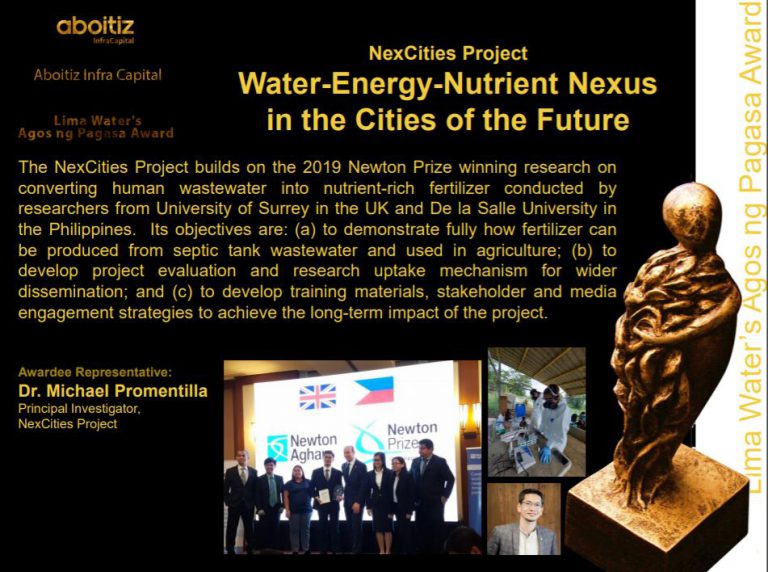