On October 29, 2021 NexCities Project conducted the second part of the virtual orientation on the production and use of fertilizer (struvite) recovered from domestic wastewater together with local and international participants from the academe, research institutions, and some Local Government Units.

The event was conducted to discuss the technology and process in producing fertilizer (struvite) from domestic wastewater and to demonstrate the use of this recovered fertilizer in vegetable farming and ornamentals gardening. The event was also conducted to increase the awareness and appreciation of key stakeholders on wetlands, water and sanitation, and agricultural ecosystems.

During the workshop, the following topics were discussed: (a) Water, sanitation, and wetlands; (b) the fertilizer industry and its impact on farmers; and (c) the process of recovering fertilizer (struvite ) from sewage.  There was also a demonstration on the application of struvite to selected crops.  Several questions and insights on the NexCities project were raised during the open forum, which included the following:

a) How other entities participate in the project and possible collaboration: Ms. Apple Suplido of De La Salle Araneta University said that technology on the production of struvite can be shared so that other teams can learn more about the technology. The NexCities team is willing to partner with groups outside the Philippines to see how the project can be implemented in other countries.

b) On the cost of struvite compared to existing fertilizer in the market:  In the pilot-scale, struvite is still more expensive than those available in the market but it is expected that in large-scale production, the cost can be considerably lowered.  A sound and sustainable business model will also contribute to the lowering of prices.  NexCities also intends to come-up with the cost benefit analysis to measure the viability of the project.

c) On the effectivity of struvite, the process and other concerns:  Analysis on the helminths and other additional biological parameters will also be included in the next phase of the study. Upon testing of the recovered fertilizer to a variety of plants, the Salikneta team showed that recovered fertilizer is as good as the commercial fertilizer. Air drying can also be considered instead of sun drying to avoid volatilization of some nutrients. Another concern was how to recover more sewage for production of struvite. On communication: it is very important to talk to stakeholders to let them understand the project and how they can participate.

d) On social acceptability:  Conduct more studies on this aspect

e) On Funding:  PCIEERD and SEARCA encouraged the project team to check out their grant facilities.

The event was successful in sharing the learnings and benefits of the project, in soliciting insights and inputs on how to improve the technology, and in generating interest among stakeholders for possible future partnerships which could target sanitation (SDG 6.1) and the reduction of water pollution in the Philippines as well as in neighboring countries while contributing to food security through fertilizer recovery. 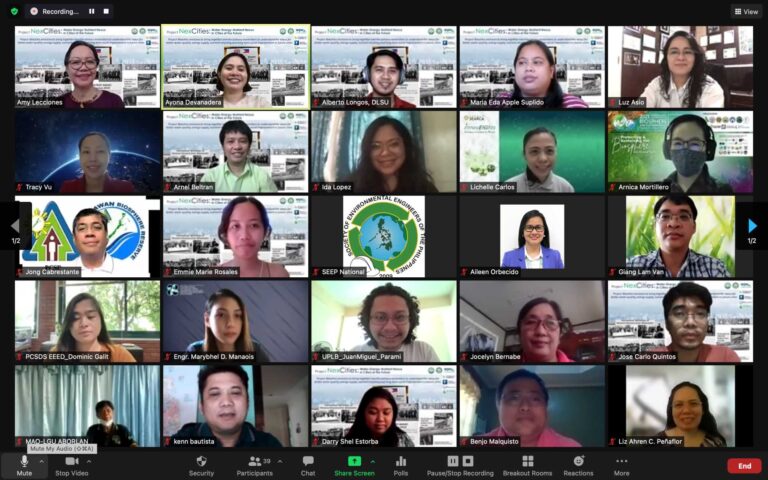 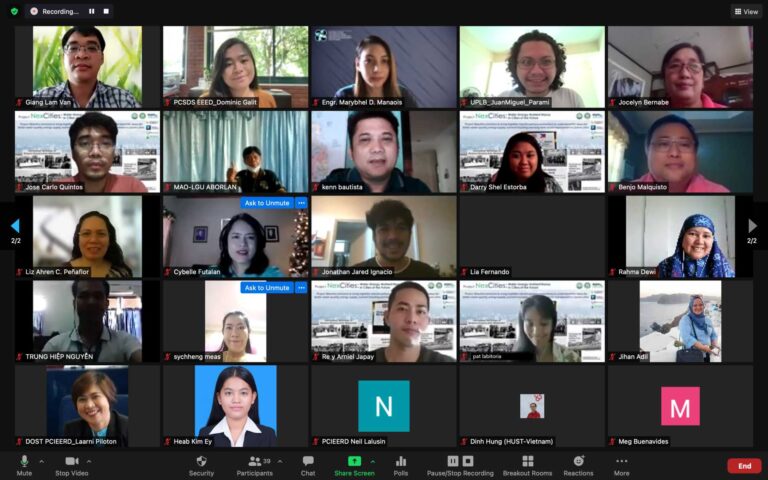